There is no better way of  celebrating the legacy of IoF2020 than together with all of you! Hence, we chose a digital event platform offering a maximum of networking opportunities. To get familiar with the platform, You can find a step by step guide here. Or watch the video below. 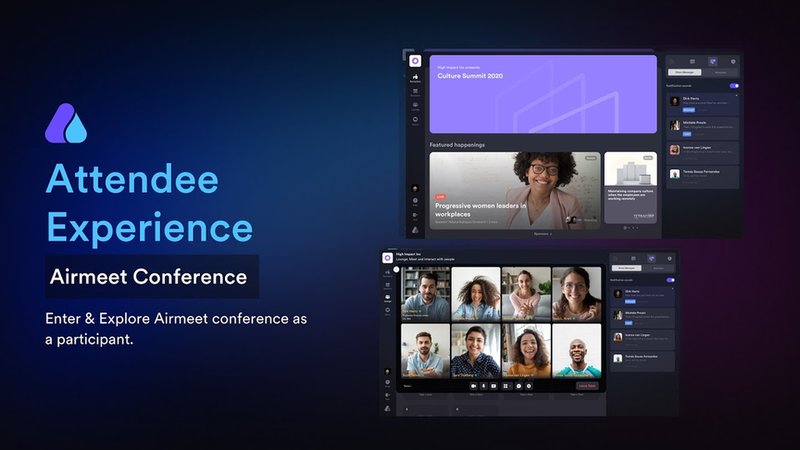 During the event, our organizers will be available if you have any questions or if you encounter any difficulties. You will be able to reach out to them in the general chat. If you want to discuss with other attendees, you can either sit at a table or try out the "Speed networking" feature, which will randomly pair you with another participant for a chat! Our event will include virtual booths, a cinema room, and will remain accessible after the sessions have ended. You missed a session or wish to watch it again? Do not worry, the recordings of the sessions will be available after the event!

VSD does not replace but is complementary to the existing user design process of a technology. Like Umbrello and De Bellis (2018: 14) stated: “Value sensitive design can and should be integrated and take into account existent design approaches employed by engineers and designers of intelligent agents."

In the conceptual research the researchers identified the key stakeholders – both direct and indirect stakeholders - related to applications that support blind and deafblind people in using public transport. Then researchers made a first identification of values at stake in the domain. For this, the researchers used the UN Convention on the Rights of People with Disabilities. They also found other values that play a role such as security, trust and privacy. Safety turned out to be very important for the potential users.

In this phase the researchers conducted 30- to 45-minutes semi-structured interviews with 6 blind adults (2 men and 4 women). The 6 participants gave the highest priority to the values ‘independence’ and ‘trust’. They expressed great concern about ‘safety’. The participants often asked other people for information about their environment, but people who give reliable information are not always present. They preferred to access information on their iPhone or GPS system (in accordance with the importance of independence). But getting the information by speech can be distracting and unsafe or difficult to hear when they are in the bus or train. The present professional specialized supporting technology was expensive and inconvenient to carry.

The researchers also conducted 30-minute semi-structured interviews with 7 deafblind adults (4 men, 3 women) and an instructor who provides orientation and mobility training to deafblind people. As with the blind participants, the values of independence, trust and security were prioritized/highlighted in the interviews. All deafblind participants and the instructor associated access to information with the values security and trust. This information is about a person's physical environment (e.g. trees in the middle of sidewalks), bus arrival times, upcoming bus stops and communication with the driver.

The researchers also included bus drivers in the conceptual study because they are the main indirect stakeholders for the technology application. The bus drivers who accidentally transport the blind and deafblind are responsible for the safe arrival at their destination. The researchers sent a survey on drivers' opinions and values to 500 bus drivers. The surveys were completed anonymously. The response was 47%. The survey mainly focused on real-time switching information tools. Part of the survey included questions about passengers who are blind or deafblind. The researchers coded the answers by grouping them into positive, neutral and negative feelings about the carriage of blind or deaf-blind passengers. With few exceptions, responses were very positive.

Already in the former empirical research phase, the researchers described current technology, including GPS systems, Braille annotation devices and wearable communication devices especially for deafblind people. These technologies give access to information that provides a certain degree of independence for blind and deafblind people. Other values that were important to the participants were not yet supported by current technology, such as affordability and comfort. Blind participants said that information in Braille had several advantages over information in speech. But deafblind participants have no speech and therefore need Braille devices.

To better support the identified values, the researchers designed a system that allows blind and deafblind people to access information via Braille on a small, regular smartphone. The system was called MoBraille ("mobile braille").

GoBraille for the blind in public transport

Evaluation of GoBraille for the blind

The researchers had GoBraille assessed by 10 blind adults who regularly rode the public transport bus. The evaluation focused on the new aspects of the GoBraille. The evaluation was conducted on a sidewalk of a busy street and near several bus stops. After the researchers explained how the GoBraille application worked, the 10 blind participants were given several tasks to perform using the application. When the tasks were completed the researchers conducted a 20-minute semi-structured interview with the 10 participants. The aim of the interview was to determine how the access to GoBraille’s various information sources would affect a participant's sense of independence and security when using public transportation. The researchers wanted to know how the input and output in Braille interacted with the system. It turned out that the participants were very satisfied with the system.

Co-design with a blind-deaf person

The researchers developed a version of GoBraille for deafblind people by working with a deafblind person who used the bus regularly. This happened in 3 sessions of 1.5 hours each. In each design session several problems emerged. The lessons the researchers learned from this co-design process have been translated into three general guidelines that can be used for designing such applications.